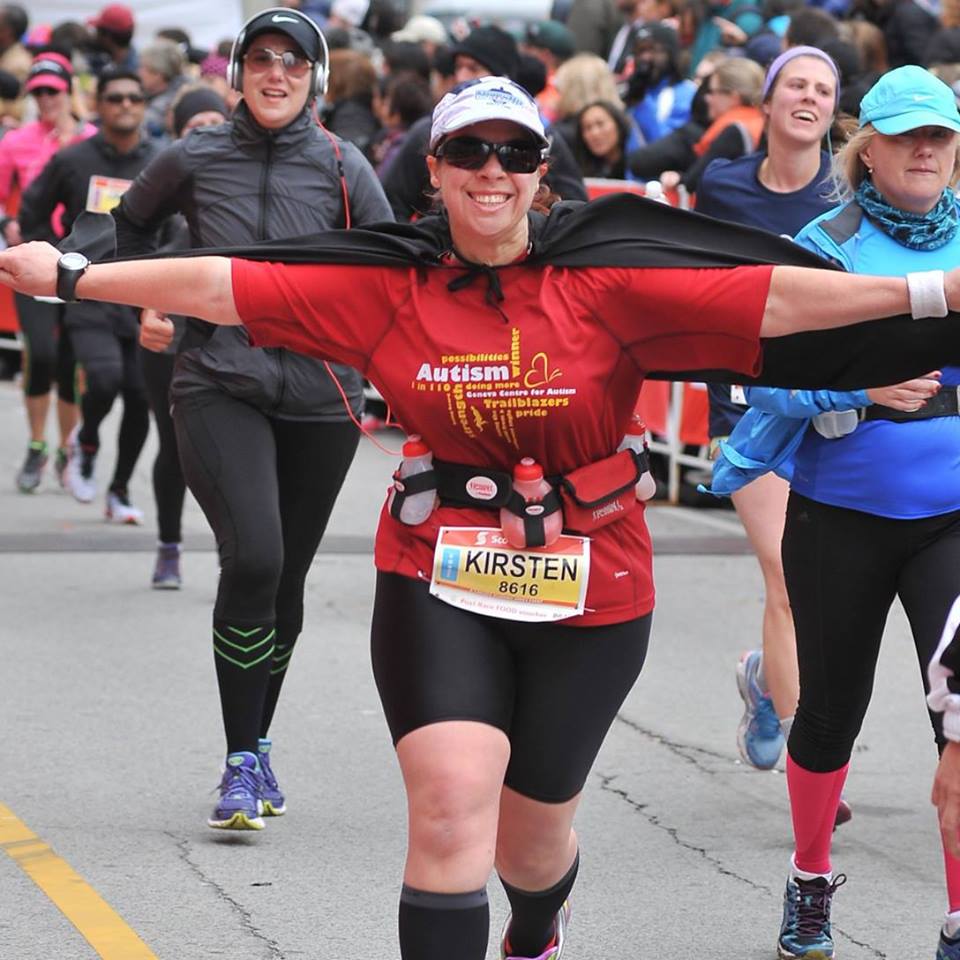 There is the runner who is The Natural Athlete. This is a person who can start training from scratch in July and run a sub-two-hour half-marathon in September. She is lean without really trying to be, and dressed in her running gear, she looks like she stepped off the cover of Runners World magazine. At her races, she straps on her heart rate monitor and pins her bib number neatly to her chest. She is an athlete who looks like an athlete.

Then there’s me. The Non-Athletic Runner. I am not exactly fat, but I am curvy and somewhat top heavy. I weigh thirty pounds more than The Natural Athlete and look like a heifer by comparison. In spite of months and months of training, year after year, I plod my way to my half-marathon finish lines in times of around two hours and fifteen minutes. Thanks to my Double D cups, there is no available flat surface on or near my chest for my bib, so I have to pin it to the bottom hem of my T-shirt. The same Double D cups mean that I cannot just don a sports bra, I have to wrestle it into submission. I cannot use a heart-rate monitor without chafing enough to lose a pint of blood.

But I am still as much of an athlete as The Natural Athlete. Maybe I’m slower and less graceful than she is, and maybe I look more dishevelled and prone to collapse at a half-marathon finish line. At the end of the day, though, everyone who crosses the finish line of a race has run the same distance.

In the six or so years since I started running, one of the biggest things I have learned is that running is a great equalizer. There are fast runners and slow runners, skinny runners and fat runners, those who run all the way from the start line to the finish line and those who take walking breaks. Some runners are old, some are young, some have been running all their lives and others have just started. There are competitive runners and recreational runners. There are fit runners and unfit runners.

The only kind of runner that doesn’t exist is the lesser runner. From the elite athletes who compete and win internationally to the people shuffling forward at the back of the pack, everyone taking part in a race is equally great. We set off from the same start line, drink our water at the same aid stations, cross the same finish line after running the same distance, and we receive the same finisher’s medals in recognition of our accomplishment.

Every community has a special sense of “we’re in this together” that unites its members, and the running community is no exception. If given the choice between beating a personal record and helping a fallen athlete, the majority of runners will opt for the latter. On many occasions, competitive athletes have given up a place on the winners’ podium in order to help a struggling runner across the finish line. At every race I take part in, the approach to the finish line is lined with runners who have completed the race and stayed to cheer on those coming in after them.

I ran my first half-marathon a little more than five years ago. When I stumbled across the finish line in just under two and a half hours, my husband – a media man – ushered me into the VIP media tent. As I inhaled some post-race food, a well-known athlete who had finished in the top five walked up to me and extended his hand.

“Congratulations,” he said, with genuine warmth.

“Same to you,” I replied, shaking his hand with a smile.

The only thing that mattered to both of us was that we were both runners.

By Kirsten Doyle. Photo by marathon-photos.com.

'All Runners Are Champions' has no comments