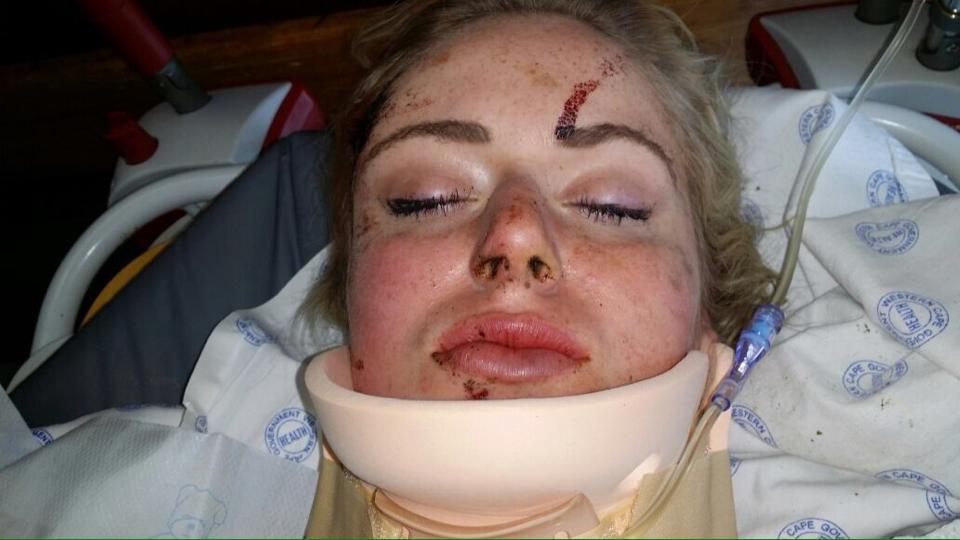 A few days ago, an eighteen-year-old woman named Sanet – the sister of one of my friends – was brutally assaulted in Cape Town. She got into a taxi to get home after a night out with friends, and the taxi driver and another man pinned her down, kicked her and beat her. She was able to fight them off and run away to hide in a pile of dead leaves. She lost consciousness and was later found by police and taken to a local hospital.

When Sanet’s family tried to file a complaint at the police department, they were met with the most astounding response. The police officer – an individual charged with the responsibility of protecting citizens and arresting people who have committed crimes – referred to Sanet as “just another drunk girl”.

My friend, the brother of the victim, is justifiably furious at this response. He and his family have so little faith in the police that they have hired a private investigator to try and find the person responsible. That an officer of the law would be so dismissive toward the victim defies belief.

Some of the commentary on social media hasn’t been much better.

“…spoiled brat that tried to ditch paying for a taxi ride…”

The comments on news stories and social media channels get worse. Some of them go far enough to suggest that Sanet was “asking to be raped” by getting into a car with strangers in an inebriated state.

Here’s the thing – the only thing that matters: a young woman was assaulted, and NOTHING MAKES THAT OK.

Even if – and this a great big hypothetical IF – all of these malicious comments had any truth to them, IT STILL DOESN’T MAKE IT OK that two men went after a woman for the sole purpose of hurting her. There is a good chance that if she hadn’t managed to escape, she would have been raped or even killed.

And that, my friends, is not OK.

What matters is that women have the right to be anywhere they choose, alone or in the company of others, at any time of the day or night, without being harassed, assaulted, raped or otherwise hurt.

This “blame the victim” culture we live in, that tries to convince victims of assault that they somehow deserved what they got, is sickening and it has to stop. Not only does this mentality hurt the victims by revictimizing them over and over again, it perpetuates the notion that men have the right to abuse women because of what they are drinking, wearing or doing.

Anytime I hear someone using the phrase “asking for it” with reference to a woman being attacked, I feel angry and more than a little puzzled. Nobody asks to be attacked. A woman who wears a tight dress to an event is not asking to be raped or assaulted. Neither is a woman who happens to be walking down the road by herself at midnight. Neither is a woman who goes into a bar and has a glass of wine by herself.

Women should be able to live their lives without worrying about whether they will be safe from harm.

We as a society need to do a better job of holding criminals accountable for their actions. We need to offer support to those who have been victims of crimes instead of finding ways to blame them. And we need to strive for a world in which everyone – men, women and children – can live their lives without fear of attack.

This is an original post by Kirsten Doyle. Photo used with the kind permission of Marius Strydom.

'Assault Is Not Ever OK' have 4 comments