When Bruce Jenner became Caitlin Jenner earlier this year, Facebook erupted with judgmental posts. No surprise there – after all, Facebook has been the venue of many battles, including the Vaccine Wars, the Gay Marriage Wars, the Breastfeeding In Public Wars, and many more. People say all kinds of things from the safety of their electronic devices that they would never say in person.

What surprised me was that the judgmental posts were not about Caitlin’s decision to come out as a transgender woman, but about what constitutes “bravery”. Almost overnight, my feed became flooded with things like this: 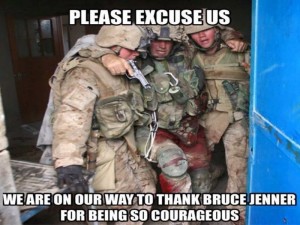 This continued in full force for some time, but eventually the Facebook Judges moved onto other things: the Planned Parenthood debate, arguments about whether the refugees are real, and a buffoon with bad hair who thinks he’ll become the president by insulting every group that crosses his path.

The Caitlin Jenner memes haven’t gone away completely, though. They keep reappearing on my Facebook feed, and the message contained within them is clear: if you have the temerity to think that Caitlin is brave, you don’t have respect for soldiers.

This morning, a new variation on the bravery theme popped up: 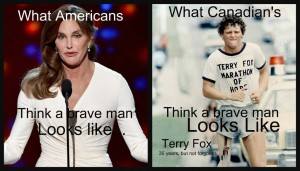 So now, if we can look past the glaring grammatical error in this, we have the message that if you think Caitlin is brave, you don’t have respect for Terry Fox and other individuals who have battled cancer.

Bravery, or courage, is defined as the “choice and willingness to confront agony, pain, danger, uncertainty or intimidation”. There is nothing in the definition about degrees of pain or danger, or levels of risk to life and limb. Bravery can be displayed by anyone, in a multitude of circumstances, and referring to one person as “brave” does not undermine the bravery of others. 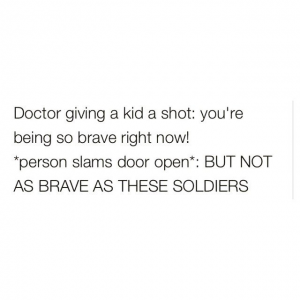 There are many faces to bravery. Kids who endure dentist appointments are brave. So are novice athletes running their first races. My son with autism displays bravery every single day. My brother was brave when he came out to me. One of my friends was brave when she made the decision to turn off her mother’s life support. High school graduates who leave home for the first time to go away to university are brave, and so are the parents who have to let them spread their wings.

Acknowledging this does not detract from the bravery of soldiers and cancer patients. I can say that my autistic son is brave for enduring haircuts in the same breath that I can say my father was brave during his battle with cancer. My father, may his soul rest in eternal peace, would absolutely agree with me.

Whether Caitlin Jenner is brave is, of course, a matter of opinion. Personally, having seen the anguish of gay and transgender friends and family members who have come out, I think she’s pretty darned courageous. But the presence or absence of bravery has nothing to do with soldiers, cancer patients, or anyone else. Courage is reflected differently in everyone. 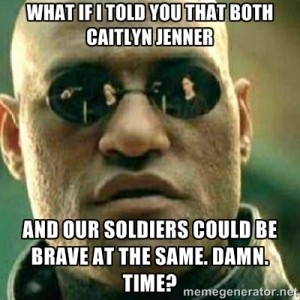 It’s not a competition. Stop treating it like one. 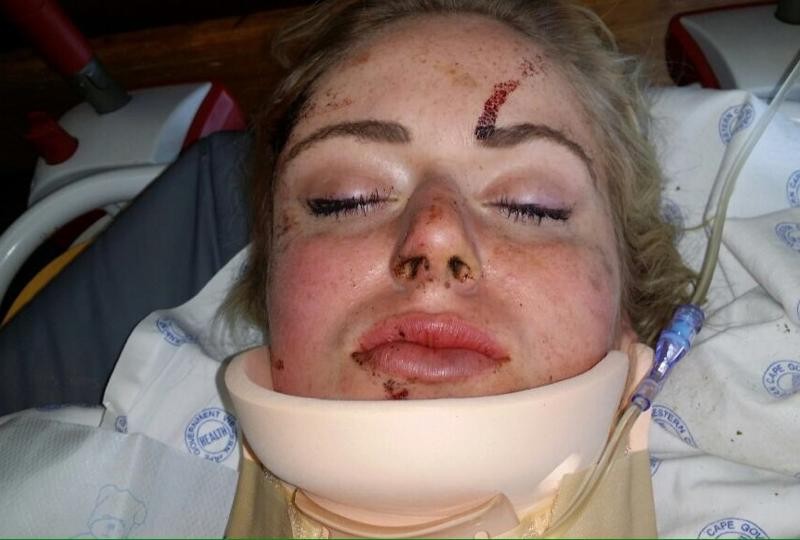 'Bravery Is Not A Competition' has no comments