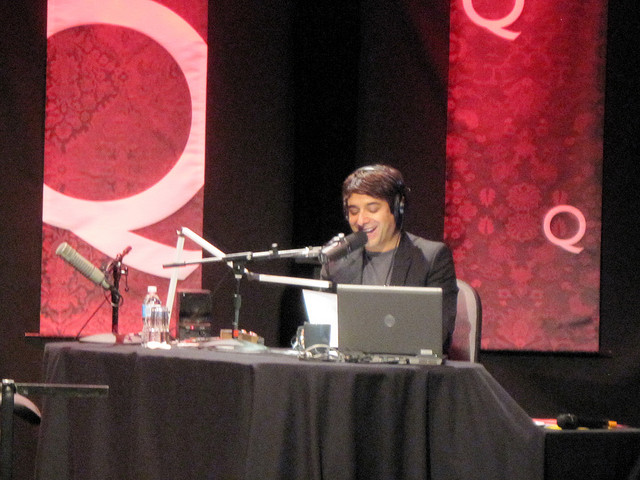 It’s not often that I get riled up over things that happen in the news, especially in Canada. Yes, we have some outrageous things happening here, but for the most part, Canadian society is reasonably civilized.

However, a story that’s currently unfolding has me feeling a little sick. It is the story of Jian Ghomeshi, a popular radio show host who has just been fired amid a storm of allegations.

Ghomeshi’s sexual tastes became big news last week, when three women alleged that he had punched and choked them during these encounters, without their consent. He wrote an impassioned defense on Facebook, in which he claimed that he was a victim of a smear campaign initiated by a jilted ex-lover out for revenge. He admitted that some of his bedroom activities are controversial and offensive to some, but he insists that it has always been consensual. He states, in fact, that he can provide proof of consent.

Since the story first broke, more women have come forward, and there are now eight claiming that Ghomeshi has assaulted them. He is standing by his contention that he is being victimized, and he has launched a massive lawsuit against the public broadcaster that fired him.

Reactions to the story are predictably mixed, but what troubles me the most are comments being made by the staunch Ghomeshi supporters.

But he can prove that it was consensual…

If these women were really assaulted, they should have gone to the police and not the media…

They couldn’t have been victims, because they went back for more…

I know that there have been times when women have accused men of rape to be malicious, and that is despicable behaviour. If Ghomeshi is indeed telling the truth, he absolutely has the right to defend himself.

But what are these comments teaching today’s generation of young girls? That they are to blame if they become victims of ongoing sexual assault? Are we teaching our boys that they have license to do whatever they like under the umbrella of “kinky sex”?

I don’t have any daughters of my own, but I do have sons, and I want them to grow up with the following messages:

What messages would you want to give to your sons and daughters about sex?

'Raising Men Who Respect Women' has no comments