This is a message for those who are equating white nationalists with Black Lives Matter.

For you to draw any equivalency whatsoever between the two is disgraceful, disrespectful, and insulting. I really shouldn’t have to explain the difference, but here it is, just in case you really are that stupid.

The phrase “Black lives matter” contains a silent “too”. BLM has never said that only Black lives matter. Black people are not trying to claim superiority over other people. What they are trying to claim is equality. They want the right to go out and buy Skittles without being murdered. They want to be able to follow police instructions without being shot. They want to be able to live from day to day without taking a bullet in the spine.

So stop it with your “all lives matter” crap. We white people in North America do not have to specifically state that our lives matter. It’s just kind of given.

Black people have to say it. They have to have an entire movement that exists for the sole purpose of reminding white people that their lives have value, and that they should be treated with the same dignity and respect as everyone else.

Now, let’s take a look at the so-called “alt-right” movement (and by the way, where did the phrase “alt-right” even come from? When did we stop referring to them as “Nazis”?).

Unlike the BLM protesters, the alt-right folks are not peacefully marching for their right to simply survive. They are showing up with torches and Swastikas and “Heil Hitler” salutes, loudly shouting for their “right” to claim superiority over everyone else.

Their survival is not threatened. They don’t wake up every morning wondering if they will still be alive to go to bed that night. They are simply pathetic excuses for human beings who want to assert their white privilege in the worst possible way. And when people – real, actual people with hearts and souls – push back, the alt-right people claim that they are the victims in all of this.

“Poor us, all we’re trying to do is assert our right to free speech and you’re trying to take our rights away because of our beliefs.”

“Everyone’s criticizing Trump, but Obama never condemned the BLM shootings of police officers in Dallas,” they cry, as they wave their Swastikas and their Confederate flags (and their tiki torches, which is a little bizarre).

First of all, there was no BLM shooting of police officers in Dallas. That incident was carried out by a lone gunman operating independently of BLM, during what had been a peaceful BLM protest. Secondly, Barack Obama did speak out against that tragedy. Thirdly, Obama is not the President right now, and he’s not the one defending Nazis and blaming the true victims.

And my personal favourite: “Just because my beliefs are different to yours, that doesn’t make me a bigot.”

Actually, if your belief is that black people are inferior to you and don’t have the same rights, it totally makes you a bigot.

The white supremacists/white nationalists/Nazis/alt-right appear to have forgotten which side of World War II America was fighting on. They make loud noises about respecting veterans, but through their actions, they are betraying every single soldier who fought against the Nazis.

If you are condoning the actions of the white nationalists in Charlottesville, and if you are in support of a President who insists that “all sides are to blame”, then you are on the same side as the monsters who were responsible for this: 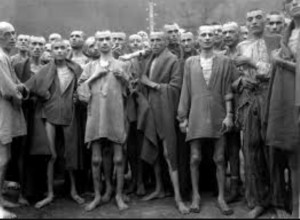