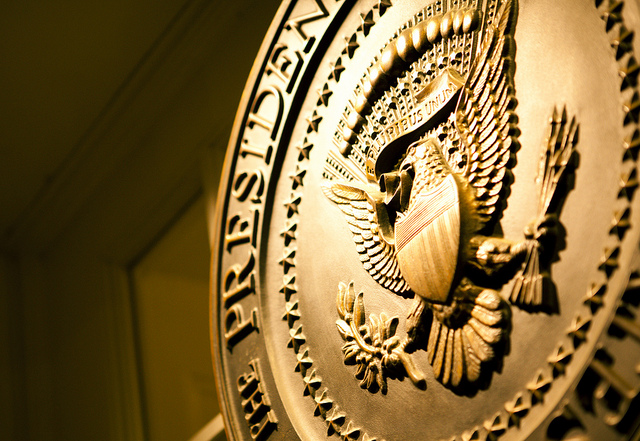 Donald Trump is now the President of the United States. Very few people thought this would actually happen, including, I would venture to say, Mr. Trump himself. I think most of the world held onto an unrealistic hope, right up until the ninety ninth hour, that something would happen to prevent or delay him from taking the oath of office.

But it is a done deal, and now the world in general, and Americans in particular, have to adjust to this uncomfortable new reality.

There are people who are happy about Trump’s presidency, of course. They are the ones who are telling everyone else that “Trump is the President and you should respect him.” Ironically, many of these same people spent eight years saying unspeakably awful things about Barack Obama. They are the people who, having specifically voted for Trump “because he’s not a politician”, then went on to assert that Meryl Streep is unqualified to express her political opinions because she’s not a politician.

They are the people who are now saying that Americans should “give Trump a chance” and “we’ll just have to wait and see what happens”.

If America waits and sees what happens, by the time they wake up and realize that this was a very bad idea, it will be too late.

People will find themselves penniless because they can no longer afford their mortgage payments. Unemployment will climb as laid-off workers wonder what happened to all of the jobs that Trump promised. The ninety-nine percent will be poorer because their taxes have been hiked to pay for a wall. There will be fewer social services and more people who need them.

Women and girls will be dying from unsafe abortions as a result of their reproductive rights being taken away (in case you’re wondering, banning abortions does not actually stop abortions – it merely drives women to seek dangerous alternatives).

Sexual assault will be on the rise because the man who now holds the highest office in America boasted about groping women without their consent, and his supporters dismissed this as “locker room talk”.

Not only will ISIS be alive and well, it will actually be stronger than it is now because of all of the hatred being directed toward American Muslims. More young men and women will die in wars as Trump imposes his special brand of bullying on the rest of the world. When black men and women are killed by police officers without provocation, authorities and the media will demonize the victim instead of bringing the perpetrator to justice.

While you are waiting and seeing, America – while you are giving Trump a chance – bad things will be happening, and one day you will open your eyes and see the damage that has been done.

“Wait and see” is the most dangerous thing you could be doing right now. Whether you voted for Trump or not, you should hold your new president accountable for the wellbeing of your country. You need to make it known that you will not tolerate an erosion of your rights and freedoms. You need to give Trump the message that while he embarks on his mission to “make America great again”, he needs to make it great for all Americans, not just the rich white men.

Those who are protesting against Trump’s hateful rhetoric, I applaud you. Fight for your rights, don’t give up, and make your voice heard. Those who support Trump, join the fight. Make sure the man you put into the White House is held to the standards of integrity and humanity that have thus far been conspicuous in their absence.

Because if you don’t, Donald Trump will destroy your America too.